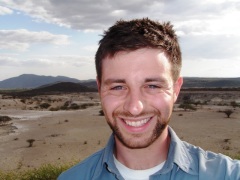 Perhaps the most surprising aspect of my role in MEMSAP is that of project detective.  Because so much of MEMSAP research over the last few years has focused on sites that were first excavated over 40 years ago, there is an added historical dimension to this otherwise prehistoric project.  For example, when J.D. Clark and colleagues undertook excavations in the Karonga area during the mid 1960s, theirs was the first archaeological research to take place in the region.  Although other scientists had previously operated in northern Malawi, notably the geologist Sir Frank Dixey during the 1920s, Clark’s work was pioneering and has shaped our perception of the Stone Age in Malawi for almost 50 years.  In addition to being the first, Clark and colleagues remain among the only archaeologists to have conducted excavations in northern Malawi.

Although their work was largely state of the art for the 1960s, by today’s standards the level of information accessibility for project records is remarkably low.  It’s important to bear in mind that handheld GPS receivers, digital cameras, Total Stations, satellite photos, and other technologies that archaeologists today generally take for granted simply did not exist 47 years ago or were prohibitively expensive.  Never mind that the internet and widely accessible archaeological data repositories like the Digital Archaeological Record were decades in the future.  When reconstructing Clark’s operations in the Karonga area, MEMSAP relies on a range of evidence including published articles from scholarly journals, unpublished field reports, personal and project photos stored in archives, hand drawn maps, the recollections of former fieldworkers from Clark’s team, and occasionally the foggy memories of travelers or other scientists who passed through Karonga when Clark was working there or shortly thereafter.

A striking example of the challenges faced by modern archaeologists attempting to study sites excavated in years past is illustrated by our work at Mwanganda’s Village.  Clark excavated Mwanganda’s Village and published it as an example of elephant butchery; this remained the definitive interpretation for years, even as other researchers such as the UC Berkeley-trained Malawian archaeologist Zefe Kaufulu conducted additional work at the site later.  Somewhere along the way, Clark’s field notes were acquired by Kaufulu, not surprisingly given that he was trained by Clark.  However, Zefe kept Clark’s field notes long after his work at Mwanganda during the 1980s was complete. The Stone Age Institute in Bloomington, Indiana possesses the most comprehensive collection of Clark’s research materials and personal possessions including an impressive library of publications, field notes, slides, photos, and books.  However, the original Mwanganda notes never made it into the SAI collection and when Kaufulu passed away sometime during the early 2000s the notes vanished.  Thus, during the first years of MEMSAP when our work was focused on the Mwanganda site, our team was largely working blind without much of the documentation that would have provided crucial historical context to previous research at the site.

In a previous post from this past field season, I described MEMSAP efforts to locate the Chaminade 1A archaeological site excavated by Clark during 1965 and 1966.  That post only provided a narrow view of the story; the actual on the ground survey work by MEMSAP staff and students and subsequent rediscovery of CH-1A (aka the Bruce site) was the culmination of two years of background research and some remarkable good luck.  Artefacts from the original CH-1A excavations are housed in at least two institutions, the Stone Age Institute and the Hearst Museum at UC Berkeley.  The individuals who worked with Clark are dispersed as well; to various universities and institutions for those who stayed in academia, and to parts unknown for at least some of those who did not.

The most crucial person with regard to Chaminade 1A is Alan van Dusen Eggers.  Publishing under the name Van Eggers while working with Clark as a graduate student, Eggers actually led the excavation at CH-1A and wrote the definitive site report which Clark included in his 1970 Quaternaria publication.  Almost everything we know about Chaminade 1A derives from this site report.  Unfortunately, we know very little about the individual who wrote it.  According to an interview given by Clark shortly before his death, Eggers never completed his graduate work and his whereabouts remained unknown years later when Clark tried to get in touch with him.

Although MEMSAP is fairly confident about equating the Bruce site with CH-1A, every little bit of supporting evidence helps.  Certainly the personal notes, photos, and best of all, memories, of the man who spent two seasons running the dig at CH-1A would be valuable to our research.  Over the last few months, I have pieced together some biographical information about Eggers.  The son of a WWI hero from Summit, NJ, Alan van Dusen Eggers was one of several promising graduate students whom Clark introduced to African archaeology during the 1960s.  However, after the project in Malawi, it appears that Eggers left academia to take up contract archaeology in California and the

American southwest during the 1970s.  He can be seen here in about 1972 examining collections at CSU Dominguez Hills.  According to a former colleague with whom Eggers published a report on the Lan-298 site in Antelope Valley, California, as of ~1980, Eggers had moved to Texas and was working with an unspecified “environmental firm”.  There the trail goes cold.  Although I have some reservations about posting an open request to find someone, crowd sourcing information about Van Eggers seems to be the only option left unexplored short of hiring a private detective (which strikes me as a decidedly creepy tactic).  So, MEMSAP blog readers, if you have any colleagues who did contract archaeology in California during the 1970s or know of someone by the name of Eggers doing cultural impact studies in Texas more recently, drop me a line at amzipkin@gwmail.gwu.edu .

And if by any chance you happen to read this Van, how would you like to go back to Karonga next season?