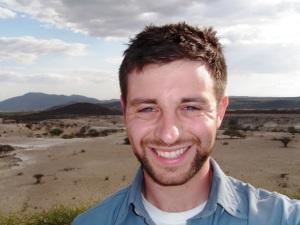 On June 26th the MEMSAP advance team arrived in Lilongwe to begin organizing supplies and transportation for the field season.  The next two and a half weeks of the season will be occupied by field school activities for the undergraduate students from the University of Queensland and Catholic University of Malawi.  Except for a few stragglers, all of the students and most of the staff for the first part of the season arrived by the afternoon of the 28th.  The field school is exceptionally large this year with more than 20 students from U. of Queensland alone.  The night of the 28th was spent at the Mabuya Camp hostel in the capital. Mabuya Camp is a well-known way station for backpackers and mostly foreign travelers of all sorts in Malawi; for us it represents a last chance for a guaranteed hot meal and hot shower before making the drive to Karonga.

The plan for today is to drive north to Chiweta at the foot of the escarpment and spent the night at Namishai Lodge before completing the drive to Karonga on June 30th. The trip to Chiweta will take most of the day and will be made by the project bus, taking most of the students, and by a van leaving later in the day from Lilongwe carrying those of us who are arriving in the capital at the last minute or whose luggage didn’t show up yesterday.  The drive through the pass in the Chiweta escarpment and subsequent descent into the lowlands of the north makes for some dramatic views of the landscape, in addition to the playful monkeys who are usually visible dangling from trees and rocks on either side of the road.  Our next update will be from Karonga around the 30th, hopefully with a report of an uneventful ride north with no  breakdowns or other surprises.